It is natural to turn to an expert when trying to master a difficult or complex endeavor. While it may be less natural for Americans to seek guidance in spiritual realms, it is hard to imagine how one can navigate the complexities of our minds and our unique karma without expert help. Mystics of all the great religious traditions recognize this spiritual truth. For this reason, the teachings of Self-realization have been passed from guru to disciple through a lineage of teachers that stretches back thousands of years. Explore more: Who needs a guru?

“The purpose of the guru is not to weaken your will. It is to teach you secrets of developing your inner power, until you can stand unshaken amidst the crash of breaking worlds.”Paramhansa Yogananda 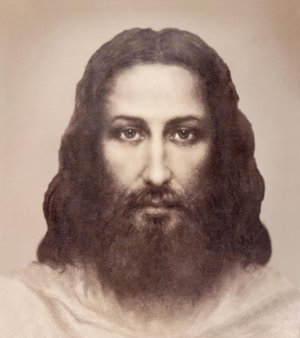 “In the divine plan, Jesus Christ was responsible for the evolution of the West, and Krishna (later, Babaji), for that of the East. It was intended that the West specialize in developing objectively, through logic and reason, and that the East specialize in inner, intuitive development. But in the cosmic plan the time has come to combine these two lines into one. East and West must unite.”
—Paramhansa Yogananda, Autobiography of a Yogi

The presence of Jesus on the altar is more than just a courtesy to Westerners. Yogananda said it was Jesus himself who appeared to Babaji and asked him to send this teaching of Self-realization to the West. Jesus said to Babaji, “My followers have forgotten the art of divine inner communion. Outwardly they do good works, but they have lost sight of the most important of my teachings, ‘to seek the kingdom of God first.’” 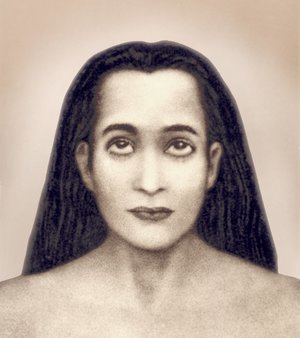 Babaji means “Revered Father” and is described by Yogananda in his Autobiography of a Yogi as “the deathless guru.” Babaji is of unknown age, and lives in the Himalayas with a few highly advanced students. Yogananda called him “Babaji-Krishna”, saying that Babaji was Krishna in a former incarnation. Seeing that in the present scientific age, people were better prepared to receive higher knowledge, Babaji directed his disciple, Lahiri Mahasaya, to reintroduce the meditation science of Kriya Yoga to the world. 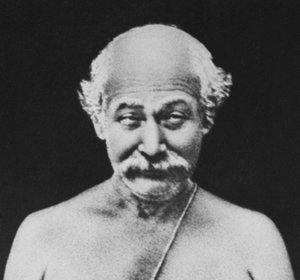 After his initiation by Babaji in 1861, Lahiri Mahasaya continued to live the modest life of a married householder in Varanasi, India. He set an ideal example of balanced living, attending to both his worldly and his spiritual duties. Over the years, as he meditated quietly in his front room, thousands came to him for initiation into Kriya Yoga. One of his foremost disciples was Sri Yukteswar, the destined guru of Paramhansa Yogananda. Lahiri is his family name; Mahasaya means “large minded.” One of Yogananda’s chief aims in writing Autobiography of a Yogi was to share the life of Lahiri with the general public for the first time. 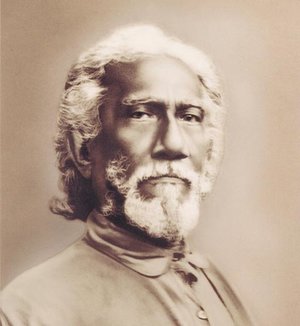 “He fitted the Vedic definition of a man of God. ‘Softer than the flower where kindness is concerned, stronger than thunder, where principles are at stake.’ He taught by sublimity of example alone the true measure of a man.”
—Paramhansa Yogananda, Autobiography of a Yogi

Yukteswar was a disciple of Lahiri Mahasaya, and Yogananda’s guru. An “incarnation of wisdom,” he possessed a keen intellect and discrimination. He received two commissions from Babaji. One was to write “a short book on the underlying unity between the Christian and Hindu scriptures, to show that the inspired sons of God have spoken the same truths.” This book is The Holy Science. The second was to train Yogananda for his mission to the West. Early in life, Yukteswar was married; later he became a renunciate and lived in his hermitage near Calcutta, India. Sri is a respectful title meaning “holy.” Yukteswar means “united to Ishwara” (the name of God in his aspect as the Cosmic Ruler). 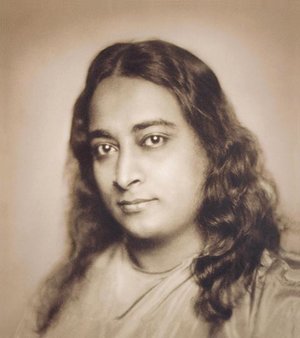 “The vibrations of many spiritually seeking souls come floodlike to me. I perceive potential saints in America and Europe, waiting to be awakened.” Said Babaji to Yogananda: “You are the one I have chosen to spread the message of Kriya Yoga in the West.”
—Paramhansa Yogananda, Autobiography of a Yogi

Yogananda came to America in 1920 not to “dogmatize you with a new theology,” as he later told his students, but “to teach you how to commune with God directly.” He lectured to hundreds of thousands throughout the country. His Autobiography of a Yogi, first published in 1946, has become one of the most well-read spiritual books of the last century, and a classic of religious literature. He was devoted to helping unite East and West by bringing the original teachings of yoga to the West, and showing their underlying unity with the original teachings of Christ. He advocated the founding of what he called “world-brotherhood colonies” where people could live together in spiritually supportive communities.

Yogananda means “Divine Bliss through Yoga.” Paramhansa means “highest swan.” The white swan or hansa is said to have the power of extracting only milk (wisdom, enlightenment) from a mixture of milk and water (the mundane world), and is a symbol of spiritual discrimination. 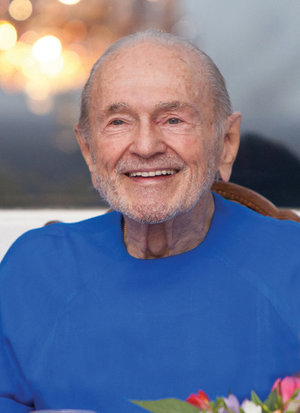 Direct disciple of Yogananda since 1948

Swami Kriyananda is the founder of Ananda. He is not on the altar, but is revered by seekers as a model of discipleship, and a “friend and guide” on the path. He had a great gift for helping people grow personally and spiritually, as countless students can attest.

At his guru’s request, for 65 years and until the day of his passing, he devoted himself tirelessly to lecturing, writing, counseling, and guiding many students worldwide. In 1968, inspired by Yogananda’s dream of spiritual communities, he founded the first of what are now many Ananda communities and teaching centers worldwide where people can devote themselves to the practice of Self-realization. His books in 28 languages have touched millions, and his music is an integral part of Ananda worship services. A treasury of lectures are freely available at www.ananda.org and on YouTube. 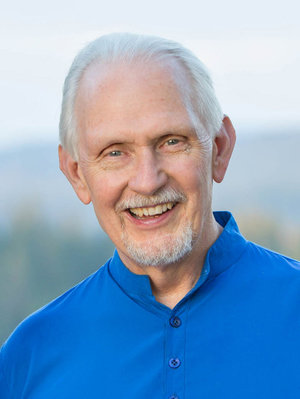 Swamiji named Jyotish his spiritual successor; he assumed the role upon Swamiji’s passing in 2013.

Jyotish is warm, thoughtful, and wise—with a delightful sense of humor. He and his wife, Devi, travel widely, and have dedicated nearly 50 years to sharing inspiration and insight gained from a lifetime of dedication on the spiritual path. They serve as spiritual directors of Ananda’s activities worldwide.

Learn more about Jyotish and Devi 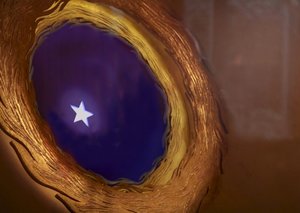 The mystic symbol above the altar

“He touched my forehead. Masses of whirling light appeared; the radiance gradually formed itself into the opal-blue spiritual eye, ringed in gold and centered with a white pentagonal star. “ ’Penetrate your consciousness through the star into the kingdom of the Infinite.’ “My guru’s voice had a new note, soft like distant music. Vision after vision broke as oceanic surf on the shores of my soul. The panoramic spheres finally melted in a sea of bliss. I lost myself in ever-surging blessedness. When I returned hours later to awareness of this world, the master gave me the technique of Kriya Yoga.”
[Lahiri’s wife describing her initation from her husband,  Autobiography of a Yogi]

Ananda’s logo: Joy is Within You

Swami Kriyananda, founder of Ananda, had a vision of this symbol. It took some time and multiple attempts to get it in the right form on paper. He wrote:

“The mountain peak at the bottom symbolizes the soul’s aspiration toward God; the graceful upward curve of the slopes suggests joyous rather than merely arduous ascension.

The bird itself, finally, is also like an arrow, its shape the complement of that of the mountain below. Thus, every upward aspiration of the soul is met by a corresponding descent of divine grace. The devotee should make a conscious effort to bring down into his daily life the peace and joy he attains in meditation.

The descending bird symbolizes, finally, the avatar who, after finding God, descends again to help other aspiring souls. As Paramhansa Yogananda once said: “Lord, give Thyself that I may give Thee to all. That is the highest prayer.”

For our logo, we use this symbol combined with the gold ring and blue field of the spiritual eye.