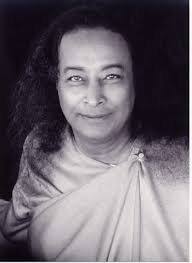 Meditation is a state of intense awareness achieved by stilling and concentrating the thoughts. It is a journey to the center of our own being, a process so perfectly natural that we don’t have to learn how to meditate. Rather, we have to unlearn those habits and attitudes that keep us from experiencing our natural state of expanded awareness.

What is Kriya Yoga?

Kriya Yoga, a meditation technique that quickly accelerates one’s spiritual growth, became widely known through Paramhansa Yogananda’s Autobiography of a Yogi. According to Yogananda, Kriya is the most effective technique for reaching the goal of Yoga: union with the Divine.

“One thousand Kriya practiced in eight hours gives the yogi, in one day, the equivalent of one thousand years of natural evolution: 365,000 years of spiritual evolution in one year.”

Kriya Yoga has been taught by enlightened sages for thousands of years. Part of the ancient science of Raja Yoga, it is mentioned by Patanjali in his Yoga Sutras and by Krishna in the Bhagavad Gita. Kriya Yoga was introduced by Mahavatar Babaji through his disciple, Lahiri Mahasaya, to be taught and shared with true and sincere aspirants seeking spiritual evolution..

Kriya works by giving the practitioner Pranayama, or control of the life force. Through life force control, the yogi is able to overcome all the obstacles preventing union with the divine. Kriya Yoga is a highly effective meditation technique that can be integrated into any meditation and prayer practice.

But Kriya Yoga is more than a technique. Paramhansa Yogananda taught Kriya Yoga as part of a spiritual path that includes all aspects of life. Those interested in learning the Path of Kriya Yoga can join us for the entire course that prepares the aspirant to receive initiation into Kriya Yoga.

Steps On The Path of Kriya Yoga

Step One: Learn To Meditate

Step Two: The Art and Science of Raja Yoga

During this process, and after you learn Kriya Yoga, you will receive personal spiritual support, resources, and ample opportunity to ask questions of our experienced meditation teachers.