HOW DOES IT WORK?

According to Yogananda, Kriya is the most effective technique available to mankind today for reaching the goal of Yoga: union with the Divine. Kriya Yoga is so effective because it works directly with the source of growth — the spiritual energy deep in our spines.

All yoga techniques work with this energy, usually indirectly. Yoga postures, for example, can help open up the spinal channels, and balance the energy in the spine. Yoga breathing exercises like Kriya Yoga can help to awaken that energy.

The Kriya technique is more direct. It helps the practitioner to control the life force by mentally drawing it up and down the spine, with awareness and will. According to Yogananda, one Kriya, which takes about 30 seconds, is equivalent to one year of natural spiritual growth.

HOW KRIYA YOGA AFFECTS THE BRAIN

THE SCIENCE OF KRIYA YOGA

FROM AUTOBIOGRAPHY OF A YOGI BY PARAMHANSA YOGANANDA

Kriya Yoga is an instrument through which human evolution can be quickened. The ancient yogis discovered that the secret of cosmic consciousness is intimately linked with breath mastery. The life force, which is ordinarily absorbed in maintaining the heart-pump, must be freed for higher activities by a method of calming and stilling the ceaseless demands of the breath.

“One thousand Kriya practiced in eight hours gives the yogi, in one day, the equivalent of one thousand years of natural evolution: 365,000 years of evolution in one year.”AUTOBIOGRAPHY OF A YOGI BY PARAMHANSA YOGANANDA

WHERE AND HOW DO I LEARN IT?

Before you can be initiated into Kriya Yoga, there is a process of preparation which includes study of Paramhansa Yogananda’s teachings and practice of other meditation techniques. This process takes about a year, and can be done in a few different ways depending on your location. If you are near one of our centers, we ask that you learn the techniques through them. If not, they can be learned through online classes or a through ordering the books.

During this process, and after you learn Kriya Yoga, you will receive personal spiritual support, resources, and ample opportunity to ask questions of our experienced meditation teachers. 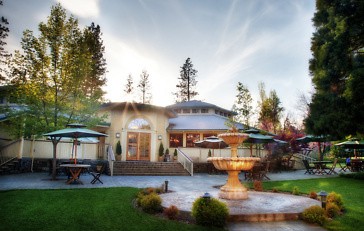 AT A CENTER If you live near an Ananda Center, you can contact them for details on the Kriya Yoga preparation courses they offer. This is the ideal way to learn as you will have the most support from your teachers and fellow Kriya Yoga students.

ONLINE This includes a series of 4 online classes designed to guide you through the process of preparing to learn Kriya Yoga. When you have finished the first 4 steps, you can apply to receive Kriya Yoga initiation.

ORDERING THE BOOKS This option is suitable for those who do not have easy access to a computer. The books are also a great secondary resource to both the online and in-person courses

There are other groups that teach different “kriya” yogas — what’s the difference?

“Kriya” is a commonly used word in yoga. It literally means “action,” and is used to describe many different techniques. The Kriya that we teach at Ananda is specifically the Kriya Yoga of Lahiri Mahasaya.

The single most important event of my life was taking my first Kriya Yoga Initiation at Ananda in the summer of 1975. I have regularly and faithfully practiced Kriya since that time and I can say, without reservation, that all the promises that our Gurus make regarding Kriya Yoga and what it can do for your spiritual progress are very, very true — they are actually even more so than they say! —S.S.

If you have already taken Kriya Initiation, you can visit our Kriyaban support section to see upcoming initiations and events, learn more about the techniques, and get study materials. To get approval to take Kriya Initiation, please email [email protected].

Would you like to find out how to get started on the Path of Kriya Yoga? Contact us by filling out the form below and we can help guide you through the process.